We don’t want to come across as a war monger or callus to Human suffering however If You want a country we must keep America open.

In any war with aireral bombardment you got to expect collateral damage i.e.civilian casualties.Sounds a bit cruel but that is why Israel and the Allies are loosing the war in the Middle East. The Palestinian Arabs have we no compunction against targeting civilian neighborhoods..but We don’t  do that .

Same applies to opening up America and the free world and keeping it open.Some perhaps many people may succumb to Covid but that the heavy price that civilization will continue and  not to fall into a permanent 3rd World Status. 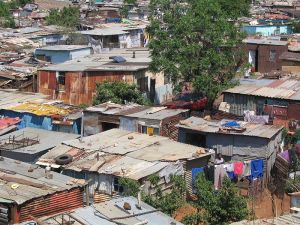 Just what will America look like if everything is shut closed? No stores no retail or factories with the military driving by in duece and a half trucks throwing food to us as if the Atom Bomb was dropped.

The Biden administration seems hell bent on closing  down America. At this point we must interject and tell a joke which is a parable of sorts concerning this storyline.

A man dies and goes to hell the Devil gives him a choice of 3 doors  but he must choose only one.

He opened the 1st door and everyone is standing on their heads..He says this is not for me..He opens the 2nd door and sees everyone standing on their heads but they are  on pins & needles..He says this is worse than the 1st door..Let me see what’s behind the 3rd door.Low and Behold he opens the door and sees everyone up to their waste in crap but their having coffee and cake..He says  even though their waste high in excrement I’ll take this door.He gets into the waste deep crap and the minute that he’s in ..The Devil blows a whistle and yells out

“COFFEE BREAKS OVER EVERYBODY BACK ON THEIR HEADS!”

So you see the only thing that President Biden did was threw the public a bone.He gave everybody a brake from this lock up as peoples patient’s were growing thin..Now it’s time that he wants everyone back on their heads.

Demand that that scenario never happens .

Make Your Voice Heard To Every Level Of Government To All It’s Elected As Well As Apointed Ones On Both Sides Of The Isle To Open Up America And Keep It Open.

One comment on “Roll The Dice And Keep America Open ..”