What have they’ve been teaching at our Military Acedemy’s? Common sense from a bum off the street could tell anyone you get your personal..citizens and those we ho helped you logistics and intelligence out before you pull out to the Military..Then what you you can’t take with you in terms of Military Hardware..aircraft tanks and such you bomb to smithereens  then you vacate this Afghani Air base.We can never return with any level of safety to Afghanistan as it is s a land locked country..

Now the Toliban along with all their allies  Alkida…Issis..Hezbollah.. Hamas…El Fatah have an Air Force.This asinine move defies smartness of any sort.Now Israel along with it’s neighbor as are bitting their nails 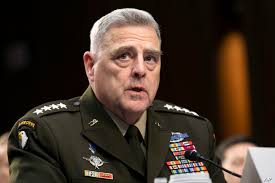 Retired General Keane mentioned on CNN that he was privy to talk from hirer ups that Alkida intends bringing their ugly face of Terror to the U.S.Homeland..This is very unsettling and scary.

Every General and senior military officer that had any input in this pullout position that indeed had President Biden’s ear should be busted down to private E1 drummed out of the military and forfeiture of their pensions nothing less.